Here’s a simple self-talk definition: it refers to the inner monologues and dialogues that take place in your mind. Although the chatter may seem random, researchers believe it serves a real purpose. It can help us manage emotions, perform self-reflection, build self-awareness, undertake self-evaluation, and for these reasons, can even guide our actions. And self-talk has big implications when it comes to mental health. Recently, I watched my 4-year-old daughter do something hard. Ahead of the task, she said to herself, “Okay, here I go!” Often self-talk is silent, but we can also verbalize it aloud. In this case, she was motivating herself, an example of positive self-talk. You can use this kind of self-talk to learn how to be kind to yourself. Other types of self-talk may aim to help us manage ourselves and succeed but don’t work as well as we’d hope. Imagine you make a mistake at home, school, or work. It’s not an end-of-the-world mistake, but others witness it, and you wish they hadn’t. What do you say to yourself at that moment? You may even want to pause and write it down.

Everyone’s different, but many identify examples of negative self-talk that sound something like this: In a more general context, that same voice may also say things like: Ouch! That’s the voice of your inner critic. One common psychological strategy many of us adopt is to reject or blame ourselves before someone else has the chance. But when we adopt this approach as the overarching way we relate to ourselves, it’s not helpful or effective.

The impact of self-criticism

To some, a conversation about the inner critic and the importance of self-talk can seem trivial. But the reality is that the chatter in your mind has a significant impact on your life. For better or worse, self-talk influences how you set and achieve goals, the state of your mental health, and how you handle life’s ups and downs. For example, a high level of negative self-talk is typical in depression and anxiety. And it’s not hard to see how a noisy inner critic can perpetuate a cycle of social anxiety, depression, anxiety, addiction, anger, and more. Learn more about how to battle depression naturally.

How to minimize negative self-talk

One of the best ways to work with your inner critic is to create distance between the critical voice and your ultimate truth. In this way, you can have the content of your thoughts, but you don’t need to cling to them, hold them, or let them run the show. Here are some effective ways to do it.

Instead of wondering “why am I so hard on myself?” watch your thoughts with curiosity. Doing this means you can witness your ideas and experiences rather than getting stuck in the storm.

View your inner critic as a separate entity. One that is within you but doesn’t define you. In a type of therapy called Narrative Therapy, people find healing in literally turning the unhelpful parts of self into characters. Name your inner critic, draw it in, and get to know it. Doing this can make it easier to work with your inner voice.

If I told you not to think of white dogs, they’d probably be the first thing that came to mind. It’s hard to stop thoughts, but we can work with them. For example, you can make that white dog in your imagination bigger, smaller, give it polka dots, or put it on a leash.

One practice brings together the strategies above into an actionable practice that you can start today. Here’s how to do it:

1. Become aware of the monologue.

Try writing it down. It’s often helpful to start with a specific example, such as a challenging experience from recent memory.

Negative self-talk tends to have themes or favorite topics, often very harsh ones. The tracks may be filled with self-blame or even self-hatred. But remember, a thought is just a thought. Practice seeing your thoughts as a habit or noise, rather than the truth. Doing this can make it easier to manage a negative or critical inner voice. Examples of negative self-talk tracks could be:

3. Dialogue with your “greatest hit.”

Sometimes just by seeing these playlists in writing, you can recognize they aren’t entirely true. But other times, we believe these criticisms. Choose one of the most significant tracks to focus on first. Then write down evidence to the contrary. Or write down evidence that means this greatest hit might not be true. Maybe it’s an old belief from years ago that you no longer need to carry or something you heard often growing up.

We have different types of self-talk. Are there other more helpful tracks in your mind that balance the harshness of this one? Maybe it’s the self-acceptance or self-compassion track. You can even see what the wisest version of yourself might say instead. You can always think of someone who loves and accepts you and ask yourself what they might think or say. These tracks may be quiet since you haven’t practiced them as much as the negative tracks—but if you look, you’ll probably be able to find them.

Although changing negative self-talk can have a tremendous impact on your wellbeing, the change usually happens slowly. It’s through tiny habits or micro-practices repeated again and again that new habits of the mind become established. Get help for anxiety and depression with Lemonaid. 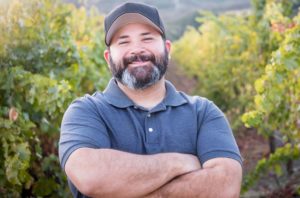 What does erectile dysfunction have to do with age? 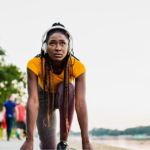 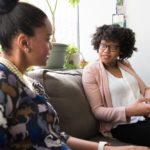